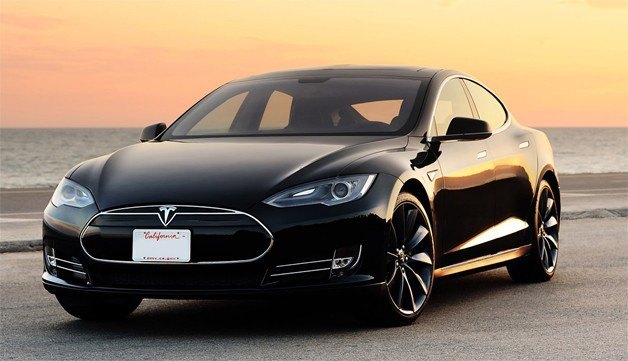 Range anxiety is clearly one of the biggest obstacles electric cars have to overcome before they can become commonplace, and automakers are doing everything they can to solve this issue in efforts to make these vehicles more appealing to car buyers, who don’t want to stop every 50-60 miles to recharge their cars, which usually takes a couple of hours. However, several companies have made significant progress in this regard recently, with Tesla Motors managing to develop an electric car that goes more than 200 miles per one charge. Their Model S sedan has a 265-mile range, which is far more than any other electric car on the market.

With the Model S, Tesla has shown how much electric car technology has advanced, and now, the company’s next goal is to help put the necessary infrastructure in place. They have installed supercharger stations at various locations across the country, that can give the Model S an additional 170 miles of range in about 30 minutes, free of charge. This supercharger station network is supposed to allow Model S owners to travel across the country without having to take 4-5 hour breaks in order to recharge their cars, which is obviously not very convenient.

Many people have been skeptical about this supercharger station network, but a recent road trip that a father-daughter team took recently is proof that a completing a coast-to-coast trip in a Model S using Tesla’s fast-charging stations is possible. John Glenney, who owns a Model S, and his daughter Jill, decided to try and get from Los Angeles to New York in less than a week, only stopping at some of the 73 charging stations Tesla has installed across the U.S. to recharge his car. This might sound like an impossible mission, but the duo managed to do it in 76 hours, which is relatively good, considering that the shortest route between these two cities is about 40 hours.

Over the course of six days, they covered more than 3,600 miles, stopping at 28 Tesla stations along the way. Another fact that makes this trip even more incredible, is that John and Jill drove through several places with freezing temperatures, and didn’t face any issues with the car’s battery. Over the past couple of months, there were many reports of how extremely cold weather reduces the battery’s range, suggesting that the Model S is not very reliable during the cold winter months. This trip will definitely help the company fend off bad publicity accusing the Model S of not being able to perform well in poor weather conditions, as the duo reported no issues when they were driving on icy and snow-covered roads.

At the moment, Tesla’s network of 73 charging stations can be easily reached by 80 percent of the population living in the United States, and Elon Musk’s company hopes that they will expand the network even further. The company plans to install more stations over the next 12 months, hoping that 98 percent of U.S. population will be within driving distance of at least one Supercharger station by 2015.

Jordan Perch is an automotive fanatic and “green cars” specialist. He is a regular contributor to a collaborative community for US drivers.

How To Attract More Bees And Other Pollinators Into Your Garden