How to Prevent Global Warming 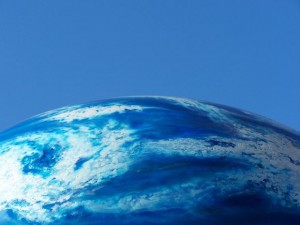 Global warming is caused by the release of carbon emissions into the atmosphere.  When carbon gases are released in the air, they act like a blanket shield that traps heat in our atmosphere and warms up the planet.  Scientists quantify it as the rise in average temperature of the Earth’s surface and oceans.  Most of it has been caused by the increase in concentrations in greenhouse gases produced by humans burning fossil fuels and by the effects of deforestation.

The rate of global warming is increasing.  The last two decades of the 20th century have been the warmest in 400 years.  Global warming is causing the sea levels to rise and is expanding desserts around the planet.  The Arctic is feeling the effects the most, as average temperatures in Alaska, Canada and Russia have risen at a rate of twice the global average.  The arctic ice is disappearing and the region could be completely melted by the year 2040.  Coral reefs are also being affected; since they are very sensitive to small changes in temperature and the warmer water is producing a “bleaching” effect making the coral reefs die.  Rising temperatures are producing heat waves and heavier storms that are producing floods, air pollution and health risk for humans

The best way to prevent global warming is to do everything you personally can to reduce your carbon emissions.  You can take actions like riding your bike to work or take public transportation whenever you can.  Eat fresh local foods to reduce the polluting impact of transporting the food from other countries or even other states.

Simplify your life by reducing your consumerism.  Adopt a minimalistic lifestyle, and not only will you live happier, but you will also save money, high higher self-esteem and help stop global warming.  Recycle more so manufacturers have to produce less and use bins for compost, paper, plastic, glass, etc.

Choose more vegetarian meals to reduce the amount of corn that is produced to feed the livestock.   The environmental cost of shipping the corn to the livestock and then transporting the livestock to the slaughterhouse and the grocery store is substantial.  Take steps to improve the energy efficiency in your home and buy appliances that consume less. The less electricity you use, the less the power plant has to generate, and the less coal it has to burn to produce it.

It’s up to all of us to prevent global warming and every one of must take steps in our personal lives to reduce it.

What is a Carbon Credit Certificate? Prices, Trade Exchange, Brokers & the Offset Market