Save Money and Go Green with LED Home Lighting Solutions 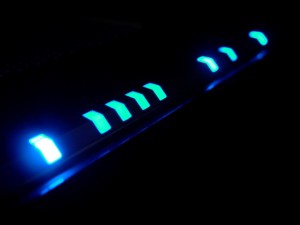 LED lights were originally invented in the late 1920s by Russian scientist Oleg Losev and later made practical by U.S. electrical engineer Nick Holonyak, Jr. in the early 1960s. However, until recently, light emitting diodes, or LEDs, were not feasible for everyday use in the home. Fortunately, much has changed about LED lighting since the 1960s, especially in just the last five years.

This lighting marvel has made a quantum leap in the variety of stylish applications and the reduction in cost of both energy consumption and installation cost, coming of age at just the right time. LED home lighting options combine environmentally friendly and economically sound illumination with high performance, stylish lighting to suit all tastes.

While LED lights, like other energy saving bulbs, can be somewhat more expensive in terms of the initial investment, over the long run, LED home lighting makes sense for those trying to reduce household expenses. To put these cost differences into perspective, consider that a 100 watt incandescent light bulb typically costs about $1. For 50,000 hours of light, you would need to purchase around 50 such bulbs. The cost of actually lighting the bulb for that amount of time would be about $0.10 per kilowatt, or $500, for a grand total of $550.

Now, compare this with a 10 W LED bulb, which runs around $100. However, LED bulbs use considerably less electricity to produce the same amount of light, meaning your 10 watt LED light could illuminate as well as your 100 watt incandescent option but cost far less over time. To see the difference in numbers, a 10 W LED bulb consumes about 11 watts of electricity, or 550 kilowatts over the course of 50,000 hours. At ten cents per kilowatt, the LED alternative would require just $55 worth of electricity, for a grand total of $155 over the course of 50,000 hours. What a difference!

If the savings don’t convince you, the environmental benefits just might. Returning to our 50,000 hour example, traditional incandescent bulbs would produce more than 10,000 pounds of ozone eating, climate changing CO2 emissions. That’s not all. If we look at the source of most of our electricity —coal powered energy plants— we have to factor in the mercury and other toxins released in order to produce the 100 watts consumed by each incandescent bulb. And speaking of mercury, compact fluorescent bulbs while energy efficient, contain mercury and pose a bio hazard if not disposed of properly.

Fortunately, LEDs offer a far friendlier alternative. Since a 10 watt LED bulb lights as well as its 100 watt incandescent counterpart, yet uses considerably less electricity to do so, both CO2 and mercury emissions are greatly reduced.

Of course, style is important as well, and LED home lighting doesn’t disappoint! In fact, there are a variety of different LED lighting configurations available for both interior and exterior lighting. For example, stair and in-floor LED lighting offer unique illumination options that compliment any decor. Moreover, mounted under a cabinet or within a drawer, LED light fixtures put light right where you need it without the bulk of traditional lamps.

Landscape Design Tips for Your Backyard

The Cost of Residential Solar Panels in the U.K. (United Kingdom)

The Cost of Installation of Solar Panels