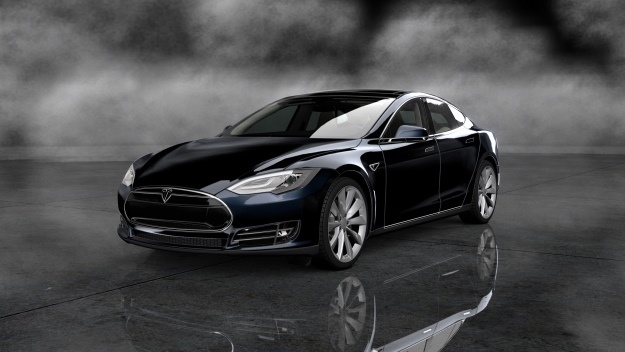 Automakers are well aware of the dealership model in the U.S., which prohibits manufacturers from selling vehicles directly to consumers, requiring them to sell their products through authorized dealerships, but Tesla Motors has made it clear that it doesn’t plan on accepting this model and that it intends to sell their cars online and through their own retail stores. Direct sales are banned in 48 states, albeit not explicitly, but with specific restrictions, so it’s clear that Tesla is going to have a lot of trouble expanding its business across the country. Very few states allow Tesla to sell cars through their own stores, and the company was hoping that New Jersey would be the next state to accept its business model, but the state’s regulators recently passed a rule that bans the electric car maker from opening stores there.

New Jersey’s Motor Vehicle Commission has adopted a regulation that officially bans the direct sales model, requiring car manufacturers to sell vehicles through franchise dealerships. Actually, the rule states that dealers must have franchise agreements with a manufacturer, in order to be allowed to sell vehicles. The rule will go into effect on April 1. This is obviously a big blow to Tesla, because although electric cars are not extremely popular in New Jersey, it is still a major market for luxury vehicles, and Tesla’s Model S certainly falls into that category.

It’s no secret that car dealerships are the ones that are opposing the direct sales model, because it would effectively take them out of the car sales process. They are basically the middlemen that buy vehicles from manufacturers and sell them to consumers after they mark their prices up. New Jersey car dealer lobbyists have convinced state legislators and Governor Chris Christie that Tesla is violating the law that requires car sales to go through franchised dealerships. Tesla was clearly very disappointed in this decision, releasing a statement saying: “…Governor Christie’s administration has gone back on its word to delay a proposed anti-Tesla regulation so that the matter could be handled through a fair process in the Legislature.”

Tesla has been selling cars directly to buyers in New Jersey for almost a year, through two company-owned retail stores. But, in light of this ruling, the company will have to close its stores by April 1. The company also argues that this ban goes against free market principles, which Governor Christie and Republicans in general, usually claim are strongly in favor of.

One of the arguments that Tesla has been offering in support of its model is that they have to be in charge of the entire sales process in order to be able to explain the benefits of electric cars to consumers and how electric vehicles work.

Be that as it may, the fact is that New Jersey is set to become the third state to explicitly ban Tesla’s model of selling cars directly to customers, joining Texas and Arizona, leaving only Massachusetts, Minnesota, and North Carolina as states that have no ban or restrictions on direct car sales.