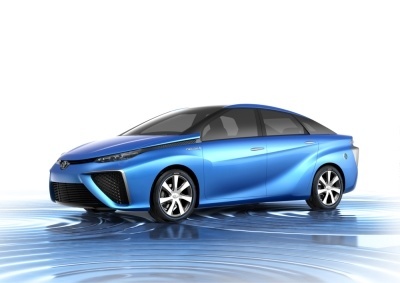 On top of making electric cars, Tesla Motors have been supplying other car makers with battery packs, as well, such as Toyota and Daimler. The deal with Toyota has been especially lucrative for Tesla, as they got $100 million to supply the Japanese company with electric powertrain equipment for the electric version of its RAV4 SUV. They signed a three-year agreement in 2011, and a year before, Toyota paid $50 million to buy a 3 percent stake in Tesla, which was supposed to be the beginning of a long-term partnership between the leader in hybrid vehicle technology and a small company that had the potential to become leader in the electric car market.

Now, as the deal is coming to its end, Toyota is saying that it doesn’t intend to extend it beyond 2014, even though Tesla had hoped that it would continue for a few more years. The Japanese car maker announced that it won’t be needing Tesla’s battery packs in the future, as it plans to discontinue production of the all-electric RAV4 this year. Part of the reason why Toyota won’t build RAV4 EV any more is that it hadn’t been selling so well, with about 1,500 sold as of April 2014, although it has been supported with generous incentives. It is only sold in California, as part of Toyota’s efforts to comply with the state’s zero-emission vehicle sales mandate.

On top of the poor sales of the RAV4, there is another factor that played a major role in Toyota’s decision to end the supply deal with Tesla. It’s the fact that the Japanese company never really intended to have a serious presence in the electric car market, and has been focused on hybrid and hydrogen fuel-cell vehicles, instead. In the past few years, Toyota has been investing a lot of money in the development of fuel cell technology, and plans to launch its first FCV in 2015. They have said repeatedly that they consider hydrogen cars to be a more viable alternative to conventional cars, much more so than electric vehicles, because they address the key issues that EVs have, such as limited range and long charging times.

Although the deal will end sooner than Tesla had expected, the California-based company said that it got about $15 million of revenue from it in the first quarter, which means that the partnership with Toyota yielded some positive results, after all. As far as Tesla’s future plans are concerned, it intends to ramp up production of the Model S sedan, which has been selling quite well lately, hoping that it will be able to build 1,000 units a week. Additionally, they are working on the Model X, the all-electric crossover utility vehicle, which is set to go into production in early 2015.

With Toyota opting to end the supply deal, it’s becoming very clear that the Japanese automaker won’t pursue electric car technology, but now the only thing that remains uncertain is whether its bet on hydrogen cars will pay off well, considering that the technology is still new and it’s highly unlikely that fuel cell vehicles will become mainstream anytime soon.