Can the U.S. Become Oil Independent? 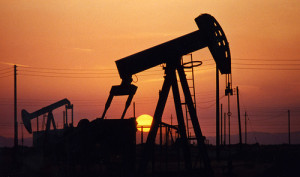 For the last fifteen years the common wisdom has been that, with rising demand and declining petroleum reserves, the end was near for U.S. energy supplies. How can such a dramatic reversal occur?

Americans working in the oil and oil service industry have known for at least twenty years that technology advances would unleash more oil than has been produced in the last 100 years. These advances came in new technologies involved in the search for hydrocarbons and increased efficiency of production techniques.

Starting in the 1980’s new petro-physical survey tools, such as the Pulsed Neutron Tool, have given petroleum companies the ability to resurvey old wells. Early tests showed petro-physical engineers that even without new discoveries the United States was headed for energy independence. Before the 1980’s there was not the ability to resurvey any of the wells drilled in the last 100 years. The pulse neutron tool changed all of that.

New petro-physical survey tools allowed well loggers to identify hydrocarbon bearing zones in real time. They could also give information on what type of hydrocarbons had been found, meaning oil, natural gas, or condensate.

Fracking has recently become a byword for many in America, but in the oil industry fracking has been done for almost 50 years. The refinement of fracking and use in application for recovery and production of hydrocarbons from shale has made a difference.

Massive reserves are now underground waiting to be produced. These reserves are in shale formations, which were previously considered unproductive. On the ground above, researchers have also contributed to the move to energy independence. An increasing number of over-the-road vehicles are now powered by natural gas. With the vast new gas reserves, even more long haul vehicles are expected to convert and use natural gas for fuel. Cars that continue to use refined petroleum as fuel are now getting up to 5 times the fuel efficiency as they did 40 years ago.

The combination of new discoveries and declining demand will make a big difference in many aspects of the United States economy. Predictions are for an evaporation of the trade deficit as the U.S. becomes a net exporter of hydrocarbon based fuels. A revitalization of the heavy industry is also projected because of the coming cheap availability of natural gas.

The challenge to become oil independent will be for both government and private industry to continue to research and develop sustainable energy reserves for the future. If that fails to happen, in the distant future the U.S. could return to depending on foreign powers for energy sufficiency.

According to President Barrack Obama, the development of renewable energy marks, “a new era of energy exploration.”  Wind, solar, geothermal power and renewable energy have been on the rise in the United States. Wind currently holds the title of renewable energy of choice for the U.S. With technology becoming cheaper and more readily available, the EIA, (Energy Information Administration) estimates that wind capacity will increase by 6 percent in 2013 and increase 14 percent in 2014.

Adding to this, the electricity generated by wind is projected to increase 16 percent in 2013. The EIA also expects robust growth in the field of solar energy, however generation of solar energy still remains a small share of U.S. energy generation. With the technological advancements in oil mining coupled with larger fields of wind turbines and solar arrays, the United States appears to be on the verge of going from energy dependent upon other countries to energy independent.