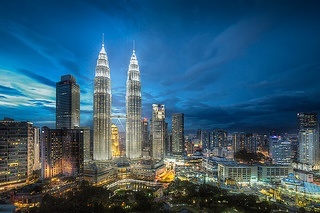 Cities striving for sustainability must address water supply issues based on population demand. According to the United Nations, a 3-4 degree Celsius rise in global temperatures by 2080 could place an additional 1.8 billion people in water-scarce environments. Municipalities must be able to maintain freshwater resources through conservation, treatment, and recycling.

The city of Philadelphia has made inroads toward water sustainability through its “Green City, Clean Waters” plan. One of its goals is to protect the municipal water supply from stormwater runoff pollution. The plan calls for green, low impact development to limit paved areas, which block runoff absorption. Additionally, Philadelphia has formally partnered with EPA to develop new water handling strategies based on hydrologic and hydraulic models.

Smart cities focus on increasing both municipal and residential energy efficiency. Not only does this save money, but it also reduces air pollution and greenhouse gas (GHG) emissions, makes progress toward energy stability and independence, and creates new jobs. People often don’t know what causes air pollution, so it’s a topic that needs to be studied by every city.

Vienna, Austria, is well on its way to becoming a model city for sustainable development. Its goal is an 80 percent reduction in CO2 emissions by the year 2050. District heating systems that supply multiple end-users with heat and electricity are already in place. Additionally, Vienna’s energy efficiency standards for new construction are among the most stringent worldwide. The city is already a champion for ultra-low- energy housing.

By developing renewable energy facilities, cities without domestic sources of oil, natural gas and coal can increase their future energy security and decrease their GHG emissions. Munich, Germany, has established a renewable energy program called “100 percent Green Power,” setting a goal of meeting all of the city’s energy requirements by 2025 with locally generated, green energy. The city plans to tap into hydro, solar, biomass, geothermal and wind energy to supply its electric needs.

To achieve a state of sustainability, cities must develop effective waste management practices. According to EPA, the volume of waste in the U.S. alone increased 184 percent between 1960 and 2010. And the effects of water pollution isn’t making it more manageable.

San Francisco’s Zero Waste Program has set a goal of zero solid waste generation by 2020. By implementing strict waste reduction measures and actively creating a recycling and composting-friendly culture within the city, San Francisco has increased its rate of recycling to 80 percent.

Planning for smart municipal growth is crucial for achieving long-term sustainability. Affordable, energy efficient housing and  green spaces are components of sustainable cities in the future. In Paris, this vision is already taking shape at Parc Clichy-Batignolles, a 133-acre development in the 17th arrondissement. The city has reclaimed land formerly used as railroad freight yards to build a sustainable community. The central park features low maintenance plants, wind turbines, solar collectors and a rainwater harvesting system.

Building sustainability into a city’s infrastructure creates long-term livability, jobs and increases the quality of life. Planning for a low carbon future, while preserving resources such as water and green space, is critical regarding meeting the challenges of climate change and population growth.

The examples listed above are real-life projects for how cities can actively solve the problem of accommodating a large population while using fewer resources.

This post was a finalist of the Masdar Engage Blogging Contest at  www.masdar.ae/engage.