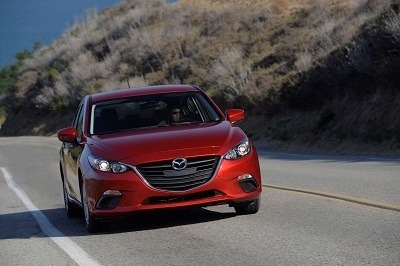 While other automakers have been making headlines for their plug-in electric cars, according to the Environmental Protection Agency (EPA), Mazda’s fleet of light-duty vehicles scores the highest for fuel efficiency.

In a recent report, the EPA ranked Mazda #1 in fleet fuel efficiency for the 2012 model year with an average 27.1 mpg. While final scores aren’t in yet for 2013, the EPA’s preliminary rankings put Mazda on top again with a figure of 27.5 mpg.

In addition to holding the lead in fuel economy, Mazda also captured the crown for least CO2 emissions with a figure of 328 grams per mile (g/mi). The EPA’s report shows Mazda at the head of the pack in both fuel economy and CO2 emissions since model year 2011.

Even so, an automaker in neighboring South Korea—Hyundai—would probably urge new car buyers to “read the fine print” before heading into the Mazda showroom and expecting to find the cars with the best overall fuel economy.

Buried in the footnotes of the EPA report is the fact that Hyundai’s lineup of 2011, 2012 and 2013 model year vehicles actually posted better fuel economy and CO2 figures than Mazda. Because Hyundai, as well as Kia, made errors in the original numbers submitted to the EPA, the companies were being investigated.  And even their now-corrected results were not included in the original chart.

According to the EPA, these are Hyundai’s values over this three-year period:

Despite the fact that Hyundai doesn’t seem to be showing any improvement between model years 2012 and 2013, those figures easily top Mazda’s mpg ratings of 25.0 (2011), 27.1 (2012) and 27.5 (2013). Following Mazda in the official standings each year were (in order) Honda, Toyota, Volkswagen, Subaru, Nissan, BMW, Ford, GM, Daimler and Chrysler-Fiat. Had Kia been included in the list, it would have taken the number two spot behind Mazda.

Some question the validity of the overall fleet fuel efficiency rating. US automakers, for example, have luxury SUVs and trucks included in their lineups while Mazda offers none of these bigger and naturally less-fuel-efficient vehicles.

Mazda has been able to improve its position in the ratings by cutting vehicle weight. At the same time, Mazda hasn’t made peppier engines a priority. Along with being officially number one in fuel economy and the company with the lightest vehicles, Mazda’s fleet is also the slowest in the rankings.

When fuel efficiency is normalized for average vehicle weight, US automakers will do better. Ford comes in second behind Toyota while GM finishes in the middle of the pack.

Finally, for the consumer, an automaker’s overall fleet fuel efficiency rating, while it does give some guidance, isn’t the deciding factor in a buying decision. What are important are the ratings of similar vehicles between automakers that are being considered for purchase. Look over the EPA’s complete 2014 Fuel Economy Guide to get the full picture on this year’s models.

When not writing or blogging for HR Owen, Gail Watkins loves nothing better than a Sunday afternoon drive through the English countryside with her husband to discover a hidden pub. However, Gail is well aware of the importance of driving fuel-efficient cars that don’t pollute our environment unnecessarily. Find Gail on G+.