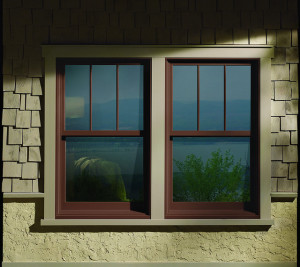 Windows are being developed now that are more energy efficient than the windows of years gone by. There are“super-windows” on the market that contain triple layer designs with mixtures containing krypton or argon gases to fill in the spaces. These windows also contain insulating low-E coatings.

On the other hand, “smart windows” are windows that are able to adapt to changes in the environment. Some models are already available, although research is still being tested to improve them.

Let’s take a look at some of the most technologically advanced windows currently on the market:

These windows have the ability to go from completely dark to clear with a simple flick of a switch. The window’s thermal and optical properties are changed by an electric field. When the field is reversed, the tint is reversed. Only one to three volts are required to power these windows. The power is only needed to change the tint, not to keep a specific tint in place.

To produce one of these windows, two traditional pieces of glass have a multi-layer assembly placed between them. Transparent electronic conductors make up the outer layers of the assembly. There is also an electrochromic layer and an electrode layer. An ion conductor is placed between these two layers. The process begins when the conductors have a low voltage charge applied to them. Ions will then move from the counter-electrode to the layer that is electrochromatic, resulting in the assembly changing color. When the voltage is reversed, it causes ions to move back to the counter-electrode layer. This makes the glass become clear again.

These windows are not designed to be energy efficient. They are used primarily for privacy. They have been dubbed the first “smart window” by the window industry. The glazing of this window is milky white and is translucent when in its regular state. The window turns hazy with the application of an electric current. The change from clear to dark happens instantly.

At the start of the window’s design, two layers of film enclose a layer of liquid crystals. Two pieces of heat-treated glass then have the assembly laminated in the middle. A metal coating that is both electrically conductive and transparent is used to cover both faces of the film. The power supply is then wired to these coatings. The liquid crystals are scattered randomly when there is no power. Light has no path to get out, so the window remains a milky translucent white. When the power is turned on, the crystals perfectly align, enabling you to see out of the window.

The properties of this window are altered when heat is applied. The change in temperature causes the clear glazing to become hazy. “Cloud Gel” is a new product that can be inserted into most window assemblies. The gel response temperatures can be adjusted. The glazing can also become reflective and white. This will reduce solar heat transmission.

These windows are still in the process of being developed. Changes in light cause these windows to lighten and darken. This is similar to sunglasses that become dark in a bright light. This window does not work well as far as controlling heat gain. As of right now, the technology has only been successful when small pieces of glass have been used. It has not been accomplished using a larger window, the type typically find in a home. More tests are being conducted on photochromic windows.

New window technology is being developed that will revolutionize the windows of your home. From electrochromic windows to photochromic windows, regulating your homes privacy has never been easier.