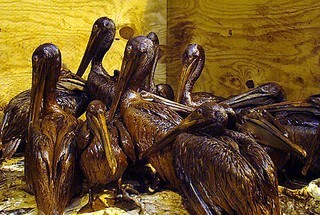 Even though most people are currently unaware of the harmful effects of water pollution on animals, the issue that we have at hand is way more sinister in nature, putting at a risk the marine fauna, and the terrestrial one along with it.

While humans experience the negative effects of water pollution only when they come into contact with polluted water, animals can be more sensitive and predisposed to poisoning or perishing. The contamination of water with toxic chemicals is unfortunately irreversible, thereby resulting in a large-scale extinction of many aquatic species. Learn about the negative effects of water pollution on animals below.

In the first place, contaminating the water with industrial toxins can successfully kill many aquatic creatures, ranging from fish to frogs, tadpoles and even corals. This can further cause an important loss in food source for larger aquatic creatures, which will either perish due to the poisoned fish they feed on, or will start looking for food elsewhere. Forced to leave their natural habitat, these aquatic creatures will eventually die due to the inability to adapt to new living conditions, thus creating a chain reaction that will have only one primary result: the extinction of marine fauna.

The presence of high amounts of mercury in the water can lead to many undesirable hormonal changes in various aquatic species, which can have abnormal behavioral shifts as one of the primary outcomes. Furthermore, mercury can impact the natural and healthy development and growth of marine species, which are continually exposed to this toxic metallic chemical due to the immense industrial waste that is annually discharged in seas and oceans.

Due to the fact that industrial waste can also contain potent nutrients like nitrogen and phosphorus, toxic algae and other aquatic plants can easily grow, invading the natural habitat of many fish species, causing them to get poisoned and, in turn, to poison the animals that feed on them.

When dumping solid trash in the water, the aquatic channels are blocked, which can trap fish and other marine animals in the debris, therefore resulting in suffocating and drown on being trapped and unable to swim. Moreover, water pollution can also affect terrestrial animals, particularly because the water coming from rivers and lakes is oftentimes used for irrigating soil and agricultural products. As a result, not only will they get contaminated, but they will also lead to many significant health issues in both animals and plants.

Causes and Effects of Water Pollution