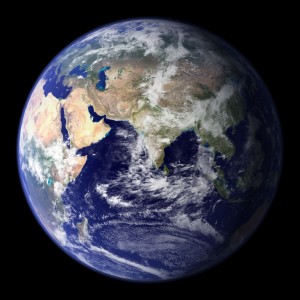 Greenhouse gases are gases that hold heat in the atmosphere.  These gases affect the planet by trapping heat from the sun in the atmosphere that would otherwise be released into space, making the planet warmer in the process.  They include water vapor, chlorofluorocarbons, carbon dioxide, methane and nitrous oxide.

Carbon dioxide (CO2), is produced from the combustion of fossil fuels such as coal, diesel and natural gas and accounts for the majority of greenhouse gas emissions.  CO2 is also produced naturally by living organisms and fermentation. It is produced naturally when humans exhale, but it is a dangerous gas at concentrated volumes.

Methane (CH4) is produced from fossil fuel extraction like natural gas and petroleum, wetlands, agricultural activities, decay from organic matters, and landfills.  It is not as abundant in the atmosphere as much as CO2, but it traps heat at a much higher rate than CO2.  Its chemical lifetime in the atmosphere is about 12 years, which is considered relatively short.

Nitrous oxide (N2O) production occurs naturally from the use of nitrogen based fertilizers and processes in agricultural soil, as well as by the use of catalytic converters in automobiles.  A large part of the natural supply of nitrous oxide gas is released by oceans.  It has a long atmospheric lifetime of approximately 120 years and is 300 times more powerful than  CO2 at trapping heat in the atmosphere.  Most  N2O emissions come from natural sources.

Some of the harmful effects of greenhouse gasses are global warming, climate change, sea level rise and adverse effects on biodiversity.  These have caused the islands erosions and forced people to relocate to higher grounds.  Another harmful effect of global warming and climate change is the death of over 100,000 people a year due to heat waves and droughts worldwide.

Water vapor is a natural greenhouse gas and is responsible for most of the greenhouse effect on Earth.  Water droplets are dense, which prevent heat from escaping the earth, thus making the Earth warmer.  The warmer the Earth gets, the more water vapor is created, and the more that heat gets trapped.  That is why the emission of other greenhouse gases contribute to the formation of water vapor and why it is important that we try to limit their production.